Sign In Register
2019 Holiday Exchange!
A New and Exciting Beginning
The End of an Era
Name: Dream Wisps

Description: The Dream Wisps are little pieces of mind that inhabit your dreams. They love to fiddle with them and, if they are powerful enough, can be materialized into reality.

Physical Description: There are two kinds of Dream Wisps: Nether and Abstract. Nether Wisps are "void space" in your dreams, stuff that help complete the image in your dream but you never encounter. Abstract Wisps fuel the creativity of your dreams and look like my avatar.

C/B/S: Being a ethereal race, they do not have much cultures or society. All Dream Wisps, however, wish to become reality and escape dreams.

Additional Information: I have no idea.

1. Flickering - Dream Wisps are ethereal and are supposed to be in dreams. They are often unstable in reality.
2. Library - Dream Wisps have lots and lots to do with the library. The library is the "dream" and they have abilities that you can activate while in the library or can just bounce back to it.
3. Vanishing - Dream Wisps are often unversed in reality and so if they do get out, they can only stay for a little bit. Dream Wisps go to zones other than the graveyard, however.
4. Dreamwalk - Dreamwalk is (This creature is unblockable as long as the defending player controls a tapped creature.) This is to provide an evasion option that differs it from spirits and because it is extremely flavorful.
5. Off-end mechanics - Tapped creatures matter, suspend, and cascade may be used.

Nathaniel is almost ready. He puts some tape on his makeshift wings, and examines it. "Wow, it's beautiful." he thinks to himself in his mind. Brimming with excitement, he attaches the wings to his arms, then swings them. Nothing. "Guess that I need a little more wind.." Not containing himself, he dashes off to the cliff where the landscape ends.

"I'm ready." Nathaniel shouts, and when he hears nothing but his own echo, he smiles. The air is so pristine! He gets a running start on the cliff, spreads his wings, ready to glide...

And glide he does! He feels a bit scared with gravity working against him, but his wings are very sturdy. He laughs, and, with a foot reached out, he steps onto the ground..

Nathaniel spends the whole afternoon gathering the material. "The feeling while flying was so fun," smiling to himself. He assembles a mental blueprint of the wings - branches on the outside, leaves on the inside. Just stick it together with some tape. After sticking the tape, he feels the wings - getting stronger, now..

He was almost finished building the wings when his sister, Lois, comes in. "What are you doing?" she says, always inquisitive. "Building some wings - ready to fly tonight!" he laughs. Lois was a little suspicious - this was so sudden! He was just complaining about living in the middle of nowhere the night before. "Now he's so cheerful," she thinks to herself.

"Where are you going, Nathaniel?" Lois taps him on his shoulder. "You'll see." he replies quickly.

He goes off to the edge of the cliff, then, without warning, jumps it off, grinning broadly to himself. Lois snaps onto his hand - but just misses. Nathaniel closes his eyes and smiles, then realizes - he isn't flying.

Lois cries and runs away, a typical reaction for a child. Her face is so choked up when she doesn't hear a thumping sound. Her face recovers for a bit. "What's happening?" she thinks to herself as she makes her way to the cliff.

Nathaniel's body is still there, just covered in some white light. "What?" Lois thinks. The small orbs of light rise out of the canyon and go up to Lois. Lois puts her hand up to them... Nathaniel?

The Dream Wisps recover Nathaniel's unconscious body as they scurry around. One more appears out of the cliff. The wings, enveloped in white light, join the wisps. The wisps are evidently having fun, if they could feel the emotion of fun - they then float around into the landscape, into the beyond. 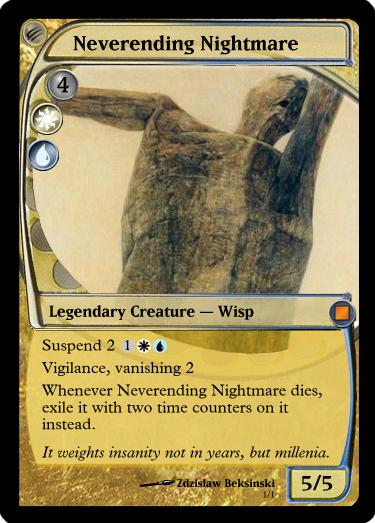 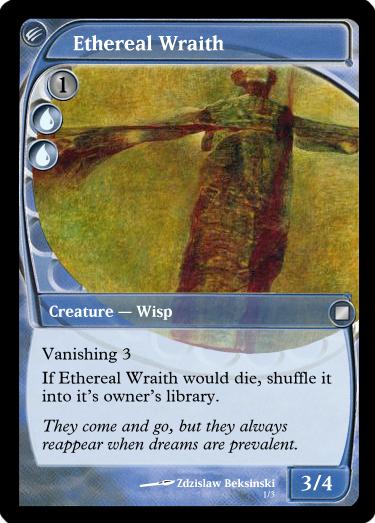 Posts Quoted:
Reply
Clear All Quotes
Back to Top