Sign In Register
2019 Holiday Exchange!
A New and Exciting Beginning
The End of an Era
Include Unconfirmed
Clear All
Sorcery

Each player chooses a number of lands they control equal to the number of lands controlled by the player who controls the fewest, then sacrifices the rest. Players discard cards and sacrifice creatures the same way. 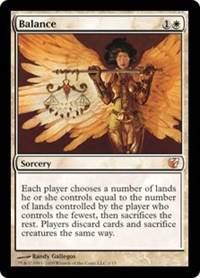 Cast this spell only before the combat damage step.

Target creature gains trample and gets +X/+0 until end of turn, where X is its power. At the beginning of the next end step, destroy that creature if it attacked this turn. 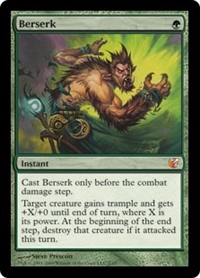 Until end of turn, any time you could activate a mana ability, you may pay 1 life. If you do, add C.

To some mages, the meaning of life is less important than how much is left. 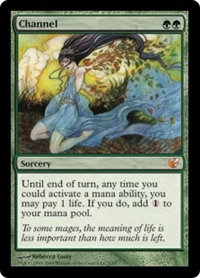 Search your library for up to four cards with different names and reveal them. Target opponent chooses two of those cards. Put the chosen cards into your graveyard and the rest into your hand. Then shuffle your library. 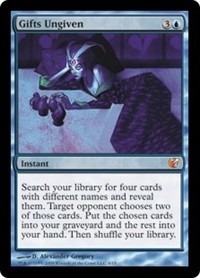 Whenever Goblin Lackey deals damage to a player, you may put a Goblin permanent card from your hand onto the battlefield.

At the first sign of enemy scouts, Jula grinned and strapped on his diplomacy helmet. 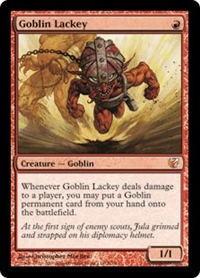 Apes can be gentle, contemplative beasts—but context is everything. 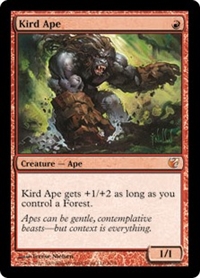 T, Sacrifice Lotus Petal: Add one mana of any color.

"Hard to imagine," mused Hanna, stroking the petal, "such a lovely flower inspiring such greed."

Search your library for an instant or sorcery card and reveal that card. Shuffle your library, then put the card on top of it.

The student searches the world for meaning. The master finds worlds of meaning in the search. 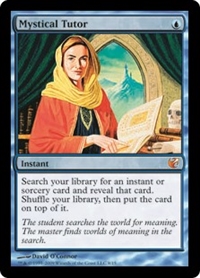 Whenever you discard a card, exile that card from your graveyard.

Pay 1 life: Exile the top card of your library face down. Put that card into your hand at the beginning of your next end step. 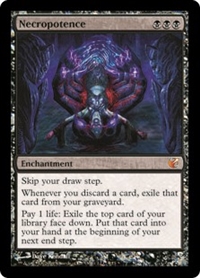 1: Look at the top three cards of your library, then put them back in any order.

T: Draw a card, then put Sensei's Divining Top on top of its owner's library. 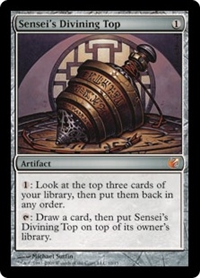 At the beginning of your upkeep, Serendib Efreet deals 1 damage to you.

Summoners of efreeti remember only the power of command, never the sting of regret. 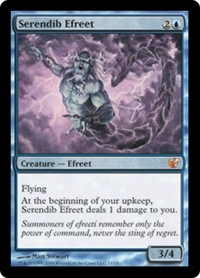 The mind is a beautiful bounty encased in an annoying bone container. 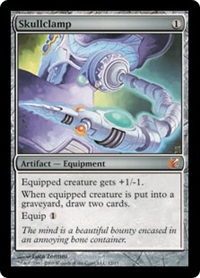 Unlike previous conflicts, the war between Urza and Mishra made Dominaria itself a casualty of war. 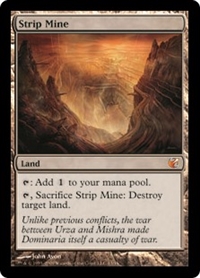 As an additional cost to cast this spell, sacrifice an artifact.

Search your library for an artifact card and put that card onto the battlefield. Then shuffle your library.

"What separates us from mere beasts is the capacity for self-improvement." 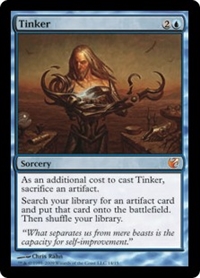 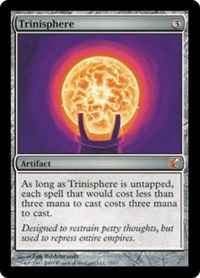