Sign In Register
2019 Holiday Exchange!
A New and Exciting Beginning
The End of an Era
Include Unconfirmed
Clear All
Legendary Creature - Zombie Dragon 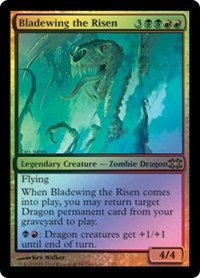 When Bogardan Hellkite enters the battlefield, it deals 5 damage divided as you choose among any number of targets.

Cleansing the world, one breath at a time. 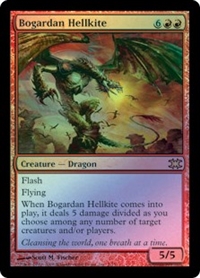 Domain — This spell costs 2 less to cast for each basic land type among lands you control.

Domain — At the beginning of your upkeep, sacrifice Draco unless you pay 10. This cost is reduced by 2 for each basic land type among lands you control. 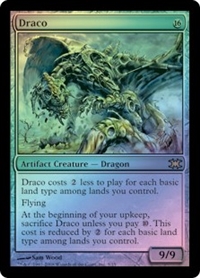 R: Dragon Whelp gets +1/+0 until end of turn. If this ability has been activated four or more times this turn, sacrifice Dragon Whelp at the beginning of the next end step.

Dragon whelps face few threats besides their own enthusiasm. 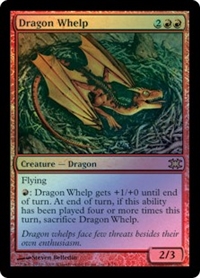 Search your library for a Dragon permanent card and put it onto the battlefield. Then shuffle your library.

Storm (When you cast this spell, copy it for each spell cast before it this turn.)

Dragons come not in packs or in herds but in storms. 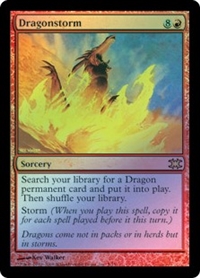 When Ebon Dragon enters the battlefield, you may have target opponent discard a card.

"The dragon wing of night o'erspreads the earth."—Troilus and Cressida, William Shakespeare 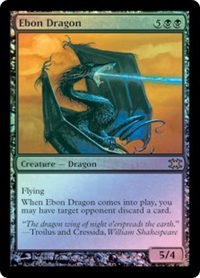 At the beginning of your upkeep, Form of the Dragon deals 5 damage to any target.

At the beginning of each end step, your life total becomes 5.

Creatures without flying can't attack you. 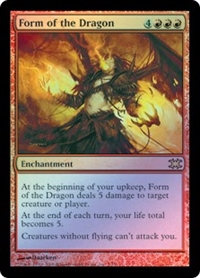 R: Hellkite Overlord gets +1/+0 until end of turn.

"The dragon has no pretense of compassion, no false mask of civilization—just hunger, heat, and need."—Sarkhan Vol 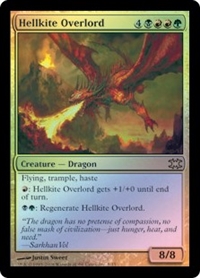 When Kokusho, the Evening Star dies, each opponent loses 5 life. You gain life equal to the life lost this way.

The fall of the evening star never heralds a gentle dawn. 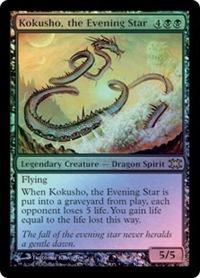 At the beginning of your upkeep, sacrifice Nicol Bolas unless you pay UBR.

Whenever Nicol Bolas deals damage to an opponent, that player discards their hand. 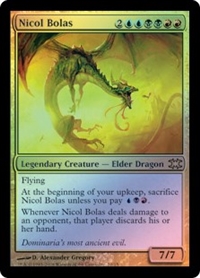 Whenever you draw a card, Niv-Mizzet, the Firemind deals 1 damage to any target.

As brilliant as a cut diamond, and with just as cruel an edge. 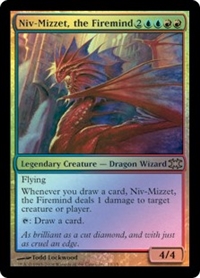 Whenever Rith, the Awakener deals combat damage to a player, you may pay 2G. If you do, choose a color, then create a 1/1 green Saproling creature token for each permanent of that color. 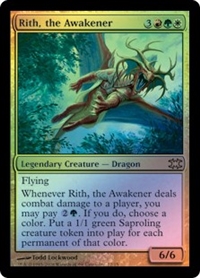 Flying (This creature can't be blocked except by creatures with flying or reach.)

The undisputed master of the mountains of Shiv. 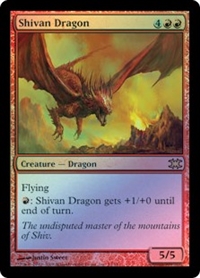 When Thunder Dragon enters the battlefield, it deals 3 damage to each creature without flying. 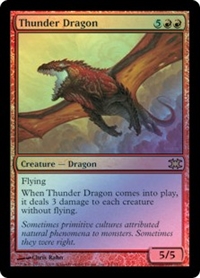 Menace (This creature can't be blocked except by two or more creatures.)

Two-Headed Dragon can block an additional creature each combat. 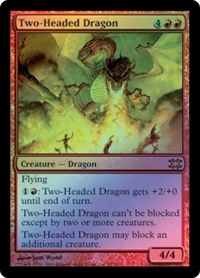