Sign In Register
2019 Holiday Exchange!
A New and Exciting Beginning
The End of an Era
Include Unconfirmed
Clear All
Sorcery

Destroy all artifacts, creatures, and enchantments.

"Many must die for the one who should not have perished." 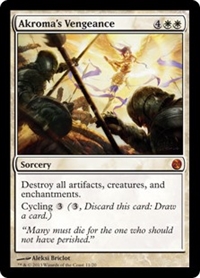 Flashback 5BB (You may cast this card from your graveyard for its flashback cost. Then exile it.) 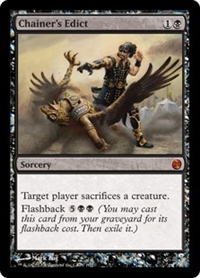 Changeling (This card is every creature type.)

2GG: Chameleon Colossus gets +X/+X until end of turn, where X is its power. 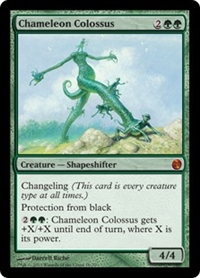 Char deals 4 damage to any target and 2 damage to you.

Izzet mages often acquire their magic reagents from dubious sources, so the potency of their spells is never predictable. 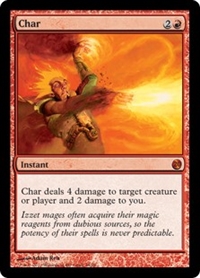 There is always a greater power. 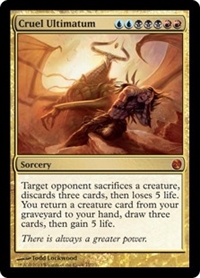 "Leshrac, my liege, grant me the power I am due."—Lim-Dûl, the Necromancer 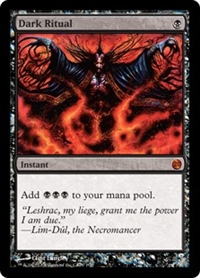 Reveal the top five cards of your library. An opponent separates those cards into two piles. Put one pile into your hand and the other into your graveyard. 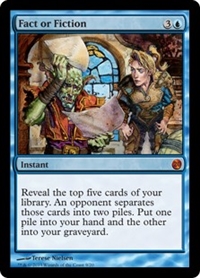 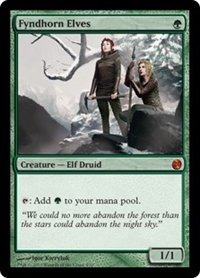 T: Add three mana of any one color.

Over such beauty, wars are fought. With such power, wars are won. 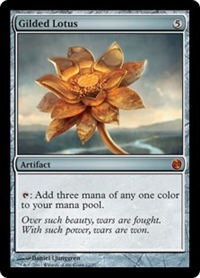 Search your library for a green creature card with converted mana cost X or less, put it onto the battlefield, then shuffle your library. Shuffle Green Sun's Zenith into its owner's library.

As the green sun crowned, Phyrexian prophecies glowed on the Tree of Tales. 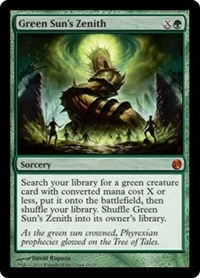 The priests plead for your anguish and pray for your despair. 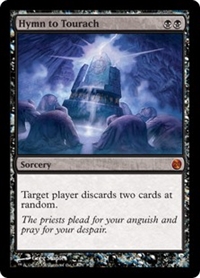 "You call it luck. I call it preparation." 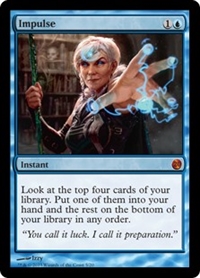 Ninjutsu 3BB (3BB, Return an unblocked attacker you control to hand: Put this card onto the battlefield from your hand tapped and attacking.)

Whenever Ink-Eyes, Servant of Oni deals combat damage to a player, you may put target creature card from that player's graveyard onto the battlefield under your control. 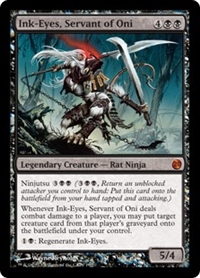 0: Draw three cards, then put two cards from your hand on top of your library in any order.

−12: Exile all cards from target player's library, then that player shuffles their hand into their library. 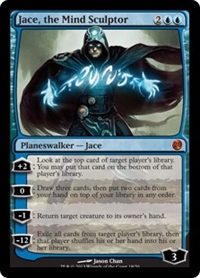 XRG, T: Target creature gets +X/+0 and gains trample until end of turn.

When a werewolf changes for the first time, that first howl is said to echo through the wilds till moonset. 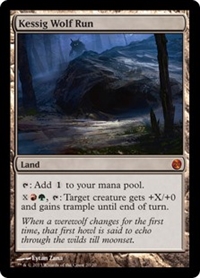 The smallest seed of regret can bloom into redemption. 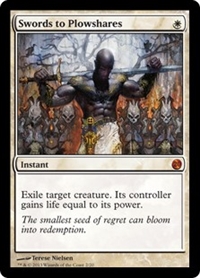 Fading 4 (This artifact enters the battlefield with four fade counters on it. At the beginning of your upkeep, remove a fade counter from it. If you can't, sacrifice it.)

At the beginning of each player's upkeep, that player taps an untapped artifact, creature, or land they control for each fade counter on Tangle Wire. 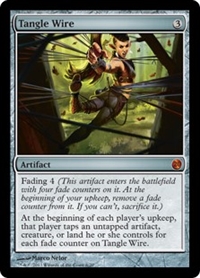 Urza's metathran children were conceived, birthed, and nurtured by an integrated system of machines. 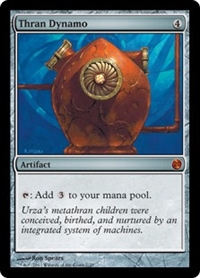 When Venser, Shaper Savant enters the battlefield, return target spell or permanent to its owner's hand.

His marvels of artifice pale in comparison to the developing machinery of his mind. 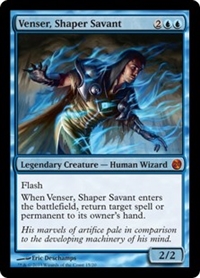 When Wall of Blossoms enters the battlefield, draw a card.

Each flower identical, every leaf and petal disturbingly exact. 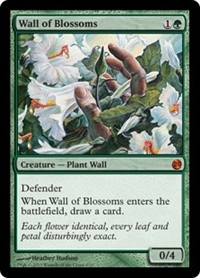