Sign In Register
2019 Holiday Exchange!
A New and Exciting Beginning
The End of an Era
Include Unconfirmed
Clear All
Instant

The owner of target permanent shuffles it into their library, then reveals the top card of their library. If it's a permanent card, they put it onto the battlefield. 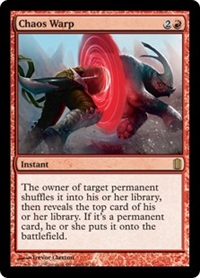 T: Add one mana of any color in your commander's color identity.

When defeat is near and guidance is scarce, all eyes look in one direction. 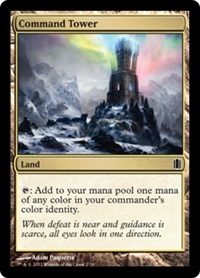 Destroy all creatures. They can't be regenerated. Draw a card for each creature destroyed this way.

When you cycle Decree of Pain, all creatures get -2/-2 until end of turn. 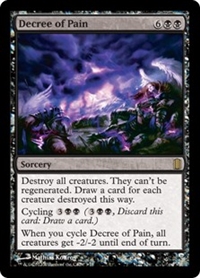 Counter target spell. If an artifact or creature spell is countered this way, put that card onto the battlefield under your control instead of into its owner's graveyard.

First the insult, then the injury. 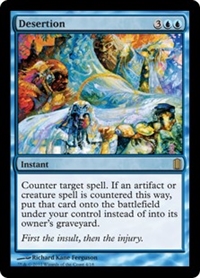 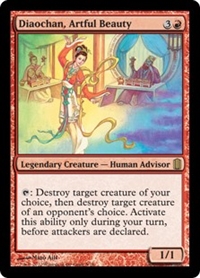 Whenever an opponent casts a spell, create a 1/1 green Insect creature token.

Swarms thrive in its nest, feeding on leathery bits of discarded wing. 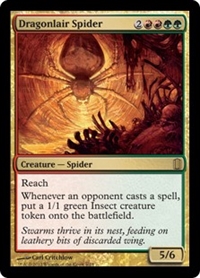 Imprint — When Duplicant enters the battlefield, you may exile target nontoken creature. 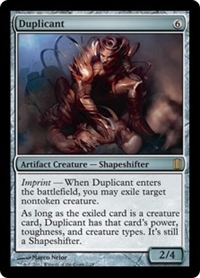 Whenever a creature deals combat damage to one of your opponents, its controller may draw a card.

"I am not at liberty to reveal my sources, but I can assure you, the price on your head is high." 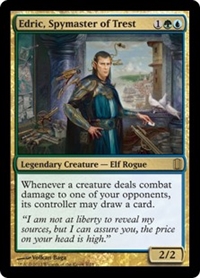 Whenever Kaalia of the Vast attacks an opponent, you may put an Angel, Demon, or Dragon creature card from your hand onto the battlefield tapped and attacking that opponent.

"I'll have my revenge if I have to call on every force from above and below." 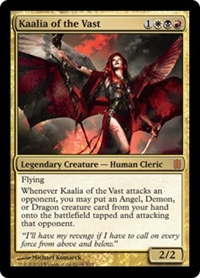 Sacrifice Loyal Retainers: Return target legendary creature card from your graveyard to the battlefield. Activate this ability only during your turn, before attackers are declared. 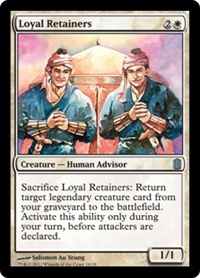 Creatures you control have haste.

Cascade, cascade (When you cast this spell, exile cards from the top of your library until you exile a nonland card that costs less. You may cast it without paying its mana cost. Put the exiled cards on the bottom of your library in a random order. Then do it again.) 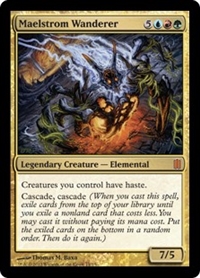 Whenever an opponent draws a card, you may pay 1. If you do, draw a card.

"Ideas drift like petals on the wind. I have only to lift my face to the breeze." 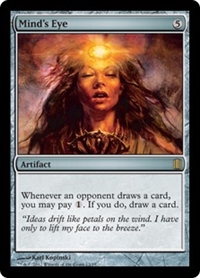 Whenever you tap a land for mana, add one mana of any type that land produced.

Even after a false god tore the magic from Dominaria, power still radiated from the Mirari sword that slew her. 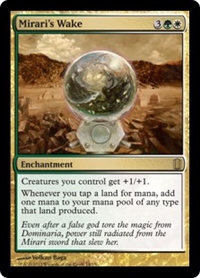 Whenever an opponent casts a spell, you may draw a card unless that player pays 1. 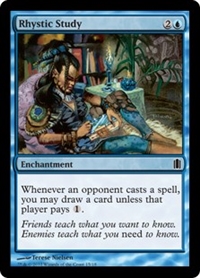 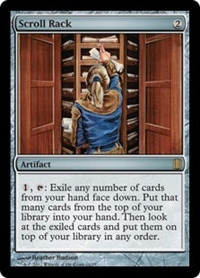 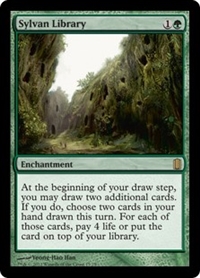 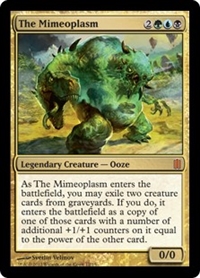 Intimidate (This creature can't be blocked except by artifact creatures and/or creatures that share a color with it.)

Other creatures you control have intimidate.

Whenever Vela the Night-Clad or another creature you control leaves the battlefield, each opponent loses 1 life.

Vela snuffs out every trace of Krond's reign, leaving pure nightfall in her wake. 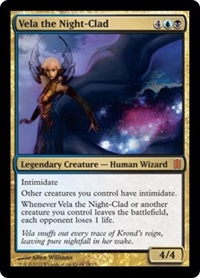