Sign In Register
2019 Holiday Exchange!
A New and Exciting Beginning
The End of an Era
Include Unconfirmed
Clear All
Land

There is no glory to be gained in the kingdom of the dead.—Vec tomb inscription 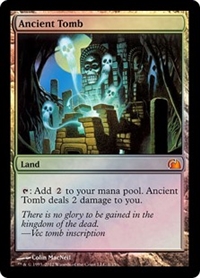 Boseiju, Who Shelters All enters the battlefield tapped.

T, Pay 2 life: Add C. If that mana is spent on an instant or sorcery spell, that spell can't be countered. 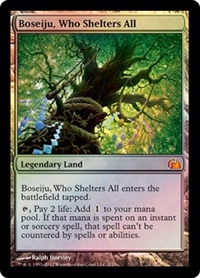 T: Add U. Cephalid Coliseum deals 1 damage to you.

Threshold — U, T, Sacrifice Cephalid Coliseum: Target player draws three cards, then discards three cards. Activate this ability only if seven or more cards are in your graveyard. 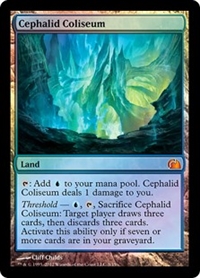 T: Desert deals 1 damage to target attacking creature. Activate this ability only during the end of combat step. 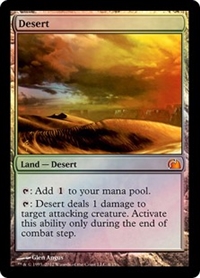 (Dryad Arbor isn't a spell, it's affected by summoning sickness, and it has "T: Add G.") 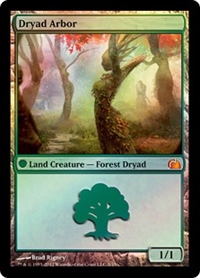 T: Add one mana of any color. 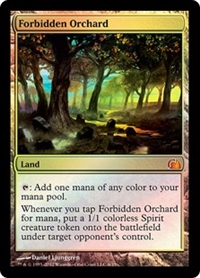 Cumulative upkeep—Pay 2 life. (At the beginning of your upkeep, put an age counter on this permanent, then sacrifice it unless you pay its upkeep cost for each age counter on it.)

When Glacial Chasm enters the battlefield, sacrifice a land.

Prevent all damage that would be dealt to you. 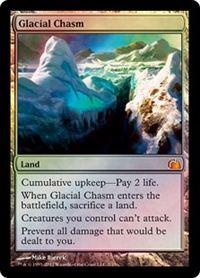 Spring is the most beautiful season in the grove, when the new leaves open from their ember-buds in a race of leaping flames. 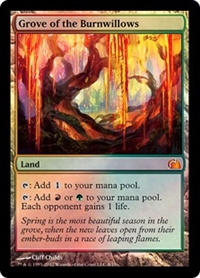 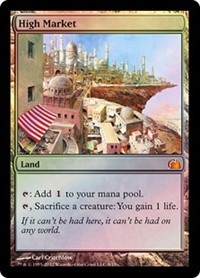 T: Untap target attacking creature. Prevent all combat damage that would be dealt to and dealt by that creature this turn. 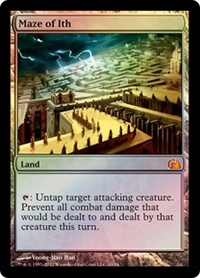 T: Add W or B. Murmuring Bosk deals 1 damage to you. 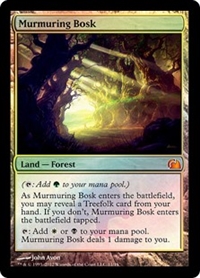 Both forge and pyre. 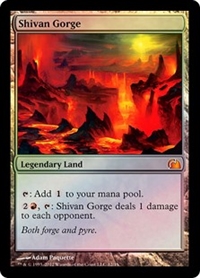 Each land is a Swamp in addition to its other land types.

"Yawgmoth's corpse is a wound in the universe. His foul blood seeps out, infecting the land with his final curse."—Lord Windgrace 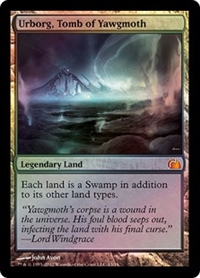 It is everywhere you've ever been. 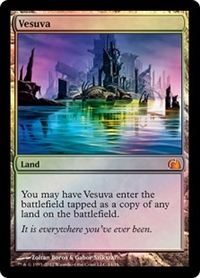 Hideaway (This land enters the battlefield tapped. When it does, look at the top four cards of your library, exile one face down, then put the rest on the bottom of your library.)

W, T: You may play the exiled card without paying its mana cost if you attacked with three or more creatures this turn. 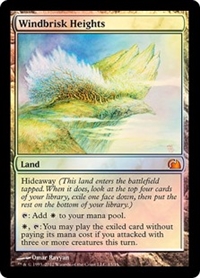