Sign In Register
2019 Holiday Exchange!
A New and Exciting Beginning
The End of an Era
Include Unconfirmed
Clear All
Enchantment - Aura

Enchant creature card in a graveyard 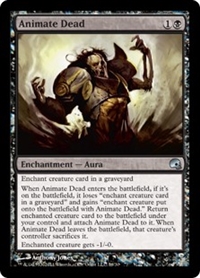 If there are ten or more creature cards total in all graveyards, this spell costs 6 less to cast.

Fear (This creature can't be blocked except by artifact creatures and/or black creatures.) 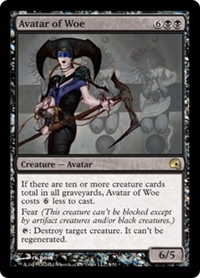 "Through the haze of battle I saw the glint of sun on golden mane, the sheen of glory clad in mail, and I dropped my sword and wept at the idiocy of war."—Dravin, Gruul deserter 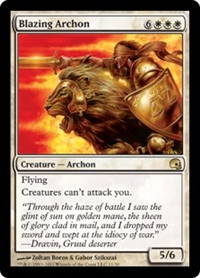 Search your library for up to three creature cards and put them into your graveyard. Then shuffle your library.

The scrape of shovels and the tumble of cold dirt soon muffled their pleas. 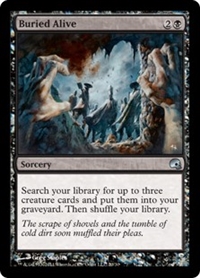 Choose a nonland card name. Target player reveals their hand and discards all cards with that name.

Flashback—Sacrifice a creature. (You may cast this card from your graveyard for its flashback cost. Then exile it.) 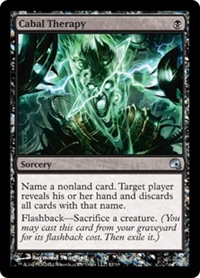 Whenever Crosis, the Purger deals combat damage to a player, you may pay 2B. If you do, choose a color, then that player reveals their hand and discards all cards of that color. 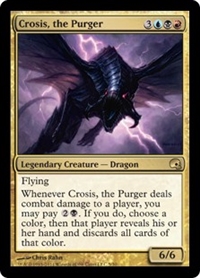 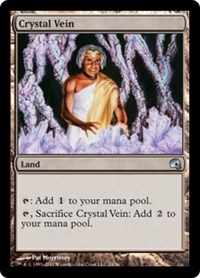 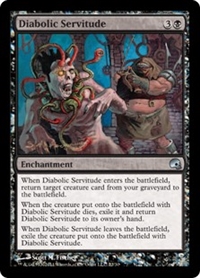 Return target creature card from your graveyard to the battlefield.

Flashback—Sacrifice three creatures. (You may cast this card from your graveyard for its flashback cost. Then exile it.)

Those who forget the horrors of the past are doomed to re-meet them. 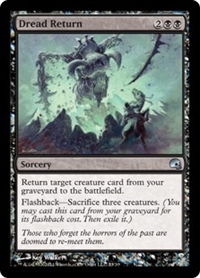 Target opponent reveals their hand. You choose a noncreature, nonland card from it. That player discards that card.

"Don't worry. I'm not going to deprive you of all your secrets. Just your most precious one."—Liliana Vess 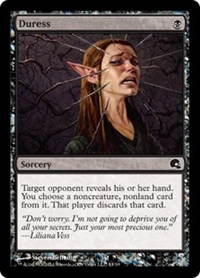 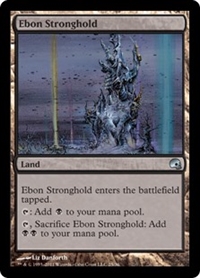 Search your library for a card and put that card into your graveyard. Then shuffle your library.

A grave is the safest place to store ill-gotten treasures. 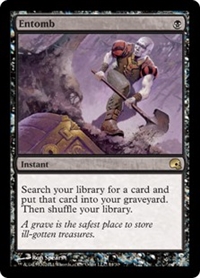 Each player puts a creature card from their graveyard onto the battlefield.

"Death—an outmoded concept. We sleep, and we change."—Sitrik, birth priest 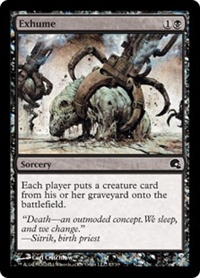 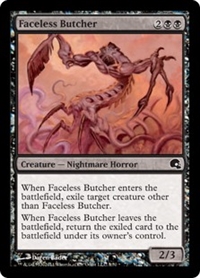 When Hidden Horror enters the battlefield, sacrifice it unless you discard a creature card.

If the presence of evil were obvious, it wouldn't be nearly as dangerous. 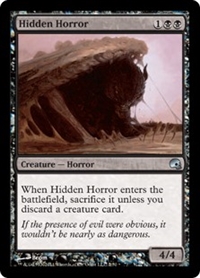 Islandwalk (This creature can't be blocked as long as defending player controls an Island.)

Shroud (This creature can't be the target of spells or abilities.)

"Into its maw went the seventh sea, never to be seen again while the world remains."—Esper fable 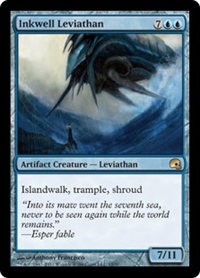 Discard any number of cards. Target player reveals their hand, then you choose a nonland card from it for each card discarded this way. That player discards those cards. 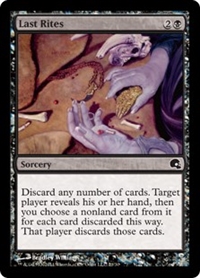 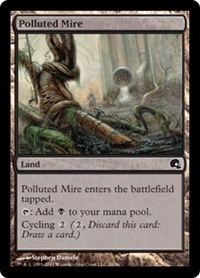 Threshold — As long as seven or more cards are in your graveyard, Putrid Imp gets +1/+1 and can't block. 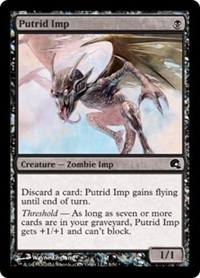 Put target creature card from a graveyard onto the battlefield under your control. You lose life equal to its converted mana cost.

"You will learn to earn death."—Volrath 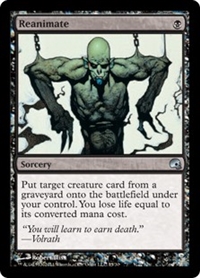 As an additional cost to cast this spell, discard X cards.

Sickening Dreams deals X damage to each creature and each player.

The Patriarch dreams of vile plague. 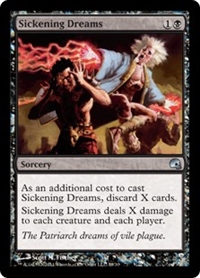 No one has properly answered her favorite riddle: "Why should I spare your life?" 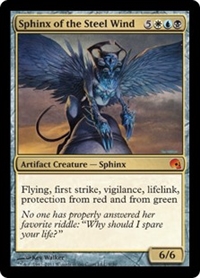 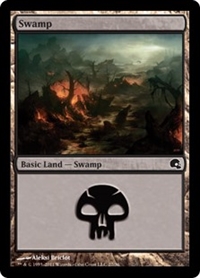 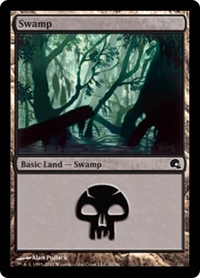 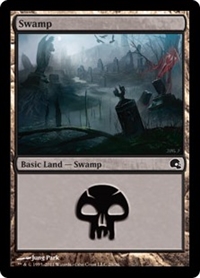 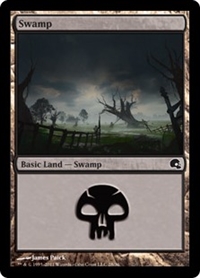 When Terastodon enters the battlefield, you may destroy up to three target noncreature permanents. For each permanent put into a graveyard this way, its controller creates a 3/3 green Elephant creature token. 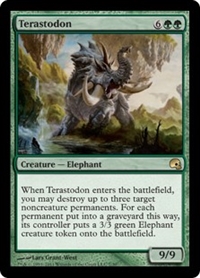 Swampcycling 2 (2, Discard this card: Search your library for a Swamp card, reveal it, put it into your hand, then shuffle your library.) 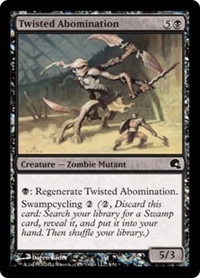 At the beginning of each upkeep, create a 1/1 green Saproling creature token.

Left to itself, nature overflows any container, overthrows any restriction, and overreaches any boundary. 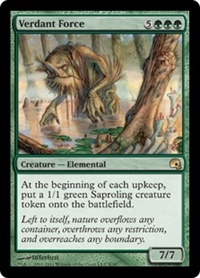 The nomads' funeral pyres are more practical than ceremonial. 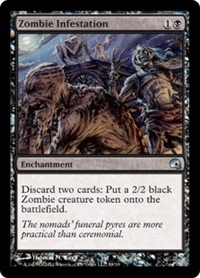