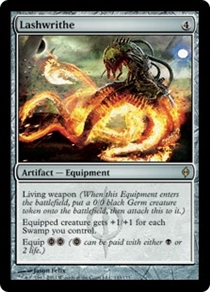 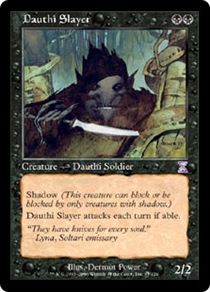 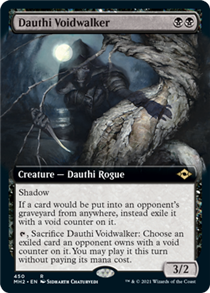 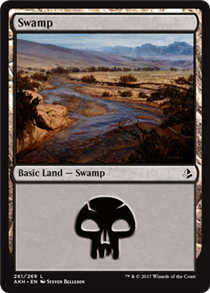 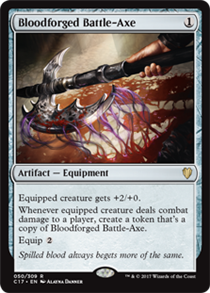 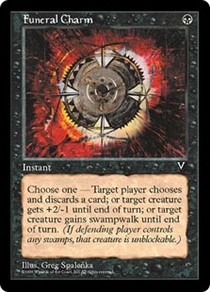 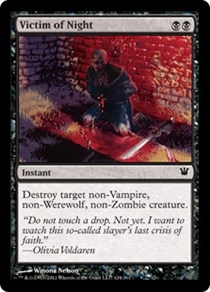 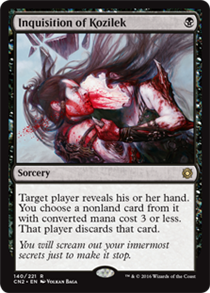 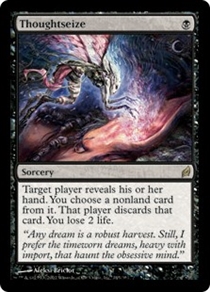 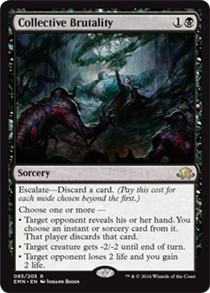 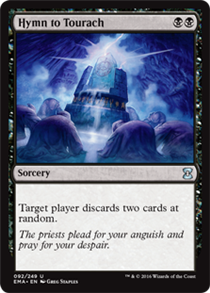 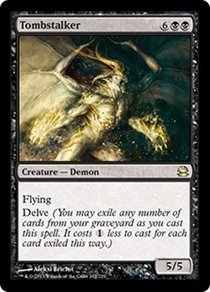 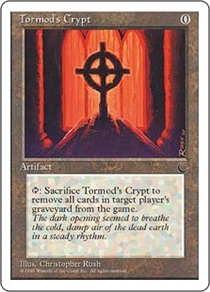 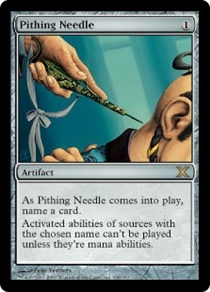 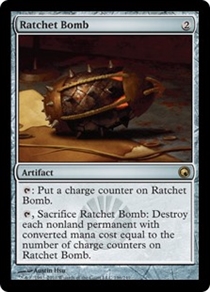 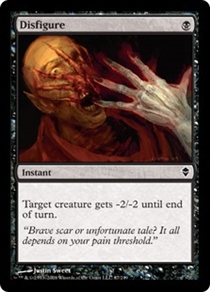 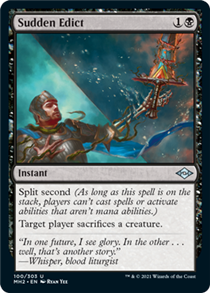 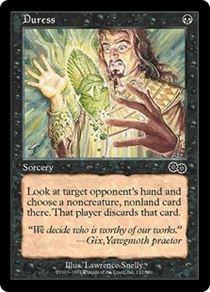 I put a lot of thought into this deck. It works sort of like "The Gate" in that it starts out crippling the opponent with discard before turning around and going aggro.

Since my win condition involves stacking equipment on a shadow creature instead of summoning a lot of slow midrange beaters it is at least a turn faster.

For removal I have the deck averaged out to where you'll get at least one backup threat in case the first gets removed. The equipment will stay in play unless it's also hit with removal. Usually unless an opponent top decks something to deal with your threat(s) there's nothing they can do.  Legacy isn't chock full of targeted removal either so that does not help.

Ideally you want to have one threat on the board stacking equipment on it. Bloodforged Ax on a shadow creature can ramp up to lethal damage within a couple turns. With enough lands so can Lashwrithe. In late game with both decks drawing dead Lashwrithe can come out of nowhere and finish a game. It's devastating how fast damage can ramp up with these cards. Bloodforged Ax can do what a Gravecrawler + Carrrion Feeder can do in a Zombie deck, but on a virtually unblockable creature.

The deck is geared to play all of its available cards and swing for lethal damage on turn 5 or 6. The first 2 or 3 turns are just to take out most of the opponent's spells.

I choose not to use dark ritual due to the card disadvantage that goes against decks strategy of leveraging early card advantage to win, which I know some will take note of.

Turn 1 you want a Thoughtseize or Inquisition of Kozilek. If you only have Funeral Charm ideally you want to hit a creature with it early on opponent's turn, but if not I usually use it for discard to not waste the point of mana.

Sometimes Bloodforged Ax is all you can cast. That gives you a bit of tempo but is not the best.

Turn 2 you want to cast a Hymn to Tourach. Collective Brutality is also good. It gives you options. Against aggro it stops an early drop usually. Against combo you may need it immediately to take out a combo piece.

If Turn 1 reveals very few threats sometimes playing a creature here is worth it. Against some decks you can just ignore them and race to a win, but it's best to fully commit if you do that.

Turn 3 is usually when you are playing a threat and then playing either a Bloodforged Ax to start playing your win con or another discard spell with your creature to verify there's no removal or immediate game ending threats on the way. I usually like to play on the safe side and play my last discard spell here.

Turn 4 your opponent is either topdecking or probably close to it. I'm looking here to keep one of my shadow creatures on the board and stack equipment on it. Once I stop trying to control I commit to a win.

The deck is crude and simple, but very effective from hours of testing against the current legacy meta.

If you want something cheap to compete in legacy without playing burn I think this is the way to go.