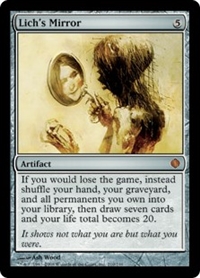 If you would lose the game, instead shuffle your hand, your graveyard, and all permanents you own into your library, then draw seven cards and your life total becomes 20.