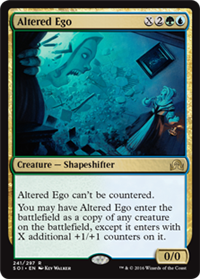 This spell can't be countered.

You may have Altered Ego enter the battlefield as a copy of any creature on the battlefield, except it enters with X additional +1/+1 counters on it.