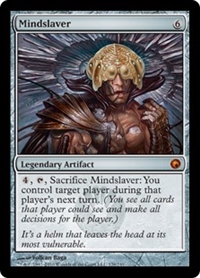 4, T, Sacrifice Mindslaver: You control target player during that player's next turn. (You see all cards that player could see and make all decisions for the player.)