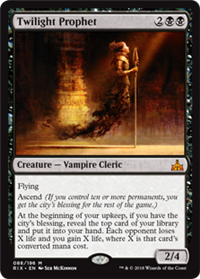 At the beginning of your upkeep, if you have the city's blessing, reveal the top card of your library and put it into your hand. Each opponent loses X life and you gain X life, where X is that card's converted mana cost.