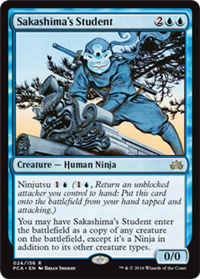 Ninjutsu 1U (1U, Return an unblocked attacker you control to hand: Put this card onto the battlefield from your hand tapped and attacking.)