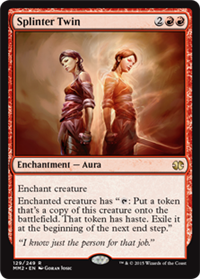 Enchanted creature has "T: Create a token that's a copy of this creature. That token has haste. Exile it at the beginning of the next end step."