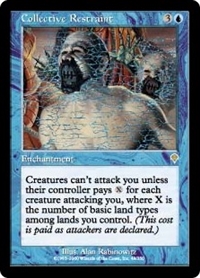 Domain — Creatures can't attack you unless their controller pays X for each creature they control that's attacking you, where X is the number of basic land types among lands you control.