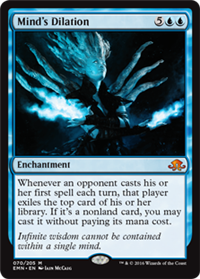 Whenever an opponent casts their first spell each turn, that player exiles the top card of their library. If it's a nonland card, you may cast it without paying its mana cost.