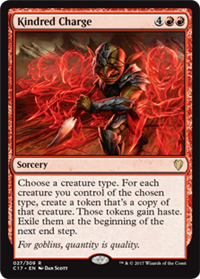 Choose a creature type. For each creature you control of the chosen type, create a token that's a copy of that creature. Those tokens gain haste. Exile them at the beginning of the next end step.