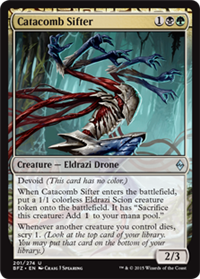 When Catacomb Sifter enters the battlefield, create a 1/1 colorless Eldrazi Scion creature token. It has "Sacrifice this creature: Add C."