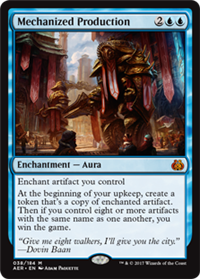 At the beginning of your upkeep, create a token that's a copy of enchanted artifact. Then if you control eight or more artifacts with the same name as one another, you win the game.