Welcome to The Magic Market Index. This weekly article series documents the price changes of cards currently in print, and offers insight into what cards to invest in and what to ignore. This weekly article series covers all expansion sets and masterpiece series sets in Standard, from the time of their prerelease to the time of their rotation out of Standard. Currently, this covers all sets in the Kaladesh, , Amonkhet, and Ixalan blocks, as well as the Inventions and Invocations masterpiece series sets. Promotional sets, special sets, pack foils, and non-set releases are not covered.

We Interrupt Our Regularly Scheduled MMI...

Welcome back! Due to some very strong developments over the past few days, we're going to be doing things slightly differently this week. While I will go over all of the sets, Kaladesh Inventions saw some massive movements this week, and trying to sum everything up in a small comment will not do us justice. Instead, I'll cover Inventions in depth, and then move onto our regular tables and commentary.

Before we begin, let's take a look at Invention's table for this week 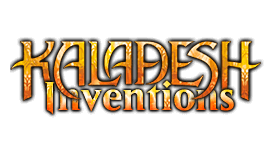 It is not unusual for us to see buyouts on individual cards. It's become a consistent talking point over the past year. This, however, is a first. The entire Inventions set is being bought out at this point. This might not be readily apparent looking at this single week's movement, given that a third of the set did not see significant growth, but the buyout of a full set takes much longer than that of a singular card. Two-thirds of the set saw significant growth this week, and over 90% of Inventions has seen serious growth over the past month. Many of the cards we don't see being bought out on the present table have already been bought out previously. Four weeks ago, Inventions rose to the total valuation it had at preorder - an unprecedented milestone we've never seen a set do before. It is now at one-and-a-half times that price, thanks to the ongoing buyouts that have happened in the four weeks since. The buyouts aren't over, either. Prices continue to climb as we speak, and the cards that haven't jumped yet will most likely start their ascent soon.

Why a buyout, and why now?

Organic buyouts are caused by players as the ebb and flow of a card's usage takes a sudden and dramatic upswing. Perhaps the pro-tour results came back, and a card is suddenly being demanded by players the world over who want to copy the new top-tier deck. The demand for the card simply outweighs what the market currently supports. As the card is bought out, prices surge and reserve inventory is listed to keep up. We generally see this, at least to some degree, with every major tournament result.

Semiorganic investments are caused when legitimate investors see an opportunity for future returns, especially when they're guaranteed good returns down the road. They purchase large quantities of cards that we know will valuate over time. They're not necessarily trying to buyout the market, they just want a large inventory for later. One of the biggest places we've seen legitimate investors do this in the past is with reserved list cards - cards that Wizards promised to never be printed again. These are an investor's dream, as their prices are guaranteed to rise over time. When Eternal Masters was released, for instance, much of the reserved list was bought up by investors who saw the players returning to legacy as a sign these cards would not remain forgotten.

Inorganic profiteering is the antagonist of the Magic market. This happens when some number of people purchase as many copies of a card as they can - even clearing out every online vendor at times - in order to artificially inflate the price of a card. They then turn around and sell these cards at the new higher rate. They sell them back at a much slower pace then they purchased them, ensuring that the supply remains low. This is the kind of buyout that you hear people decry when they discuss the market.

What kind of buyout are we seeing here? All three, which is the problem. With the hype of Dominaria in full swing, and it's "historic" mechanic teaming well with artifacts, the set is pushing the demand for many of these cards. The Standard-legal cards are of course rising for this, fueled even more with the advent of Brawl, but the power of these cards in Commander is also pushing the eternal-only variants as well. This is causing some organic buyout in a set where the supply has always been low. As the hype for these has grown, investors saw an opportunity. The price begins to tick up week after week, and the realization that these cards will always be cool sets in. Even if the cards plateau shortly after, they will rise in the coming years which makes them a safe investment.

Then enters the third party, the profiteers, to make it go from growth to explosion. They see the player's hype and the investor's movements, and they see a perfect opportunity to take advantage. There are two main factors for a profiteer's buyout: availability and guaranteed sales. The guaranteed sales has been there for a while, but availability has been an issue. Although Inventions has much less supply than other sets, their higher price has meant that they simply don't have the capital to purchase all that is required for their buyout. As supply gets lower, however, their endeavor becomes increasingly easier to fund. Fueled by the aforementioned players and investors, Inventions supply has been dwindling lower and lower every week. The Dominaria hype was the last needed push to get it to a point where the profiteers could jump on board and wipe the market out. We've seen some movement in the past few weeks, but this week was a seemingly coordinated strike at the entire Inventions market.

This is a more difficult question to answer, but the answer is most likely yes. Some individual cards are still in flux as of today, but the prices listed might just be our new reality. Static Orb is a good card to examine for this. It saw the largest percentile movement, jumping from an average price listing of $20 to almost $90. If any card were to drop back significantly, it should be Static Orb. While a quick glance will show that some sites still list a market price closer to $30, these sites simply have not caught up. As of writing this, the cheapest listing I could actually find anywhere was $80. Ebay, which usually has the cheapest individual listings, was averaging closer to the $100 mark. And there weren't very many listings to chose from either.

There will be a coming war over the next week. This war will be between those wanting to cash out on this massive surge, listing them slightly below what they're otherwise priced for a quick, guaranteed sale, and those hoping to drive the surge further, listing higher in hopes of getting even more profit. For most sets and buyouts, those wanting to cash out early win and we see a quick pull back from the price hike. This is a Masterpiece set with far less availability, however, and the buyouts are ongoing. As such, prices will fluctuate wildly, and they could easily continue to inflate. Where we actually land next week is anyone's guess, but don't expect the prices we saw last week.

Now Back to Our Regularly Scheduled MMI... 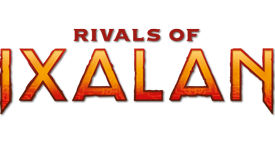 Grand Prix Seattle was absolutely dominated by red. Seven of the top eight decks used red, with Gan Yan's Mono-Red Aggro taking the top prize. Rekindled Phoenix was a 4-of staple in Gan Yan's deck, and splashed in three other decks. It's rise is here is actually smaller than expected, and I would not be surprised if it saw further growth in the coming few weeks. The other large gainer, Dire Fleet Daredevil, was only seen in the Gan Yan's sideboard, but is seen main deck in other builds as well. 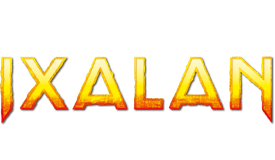 Ixalan saw very little growth on any of its cards, and a decent retraction on most. This is mainly blamed on its low card presence in the top decks of this past week's Grand Prix. 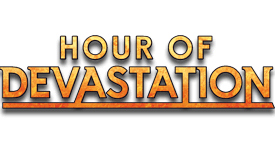 Again, little movement outside of Grand Prix adjustments. Scavenger Grounds saw main deck play in Mono-Red Aggro, and sideboard play in other decks. The Scarab God was a contender going in, and Scavenger Grounds was one of the go-to choices to combat the graveyard strategy. Speaking of the Scarab God, its price fell this week as it was wiped out by red-based aggro strategies at the Grand Prix.

Combat Celebrant was this week's big winner. Three of the top eight decks at Grand Prix Seattle ran him, as a maindeck playset, making him an instant all star. Interestingly, Hazoret failed to gain ground, even as a mainstay in Gan Yan's monored, as well as being splashed in three other top eight decks. I could easily see her climb again in the coming weeks. 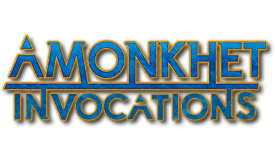 While Invocations saw growth, it did not experience the buyout explosion of Inventions. Two cards were bought out - Blood Moon and Choke. Choke's ascent was astronomical. Unfortunately, the listed price isn't just a TCGPlayer supply issue. At the time of this writing, all major online vendors were completely sold out. Ebay only had no buy-it-now listings, and TCGPlayer's lowest offering was $100. Blood Moon was similarly sold out and price-accurate. Invocations does not have quite the love that Inventions did, but we'll still likely see more buyouts as the weeks unfold. 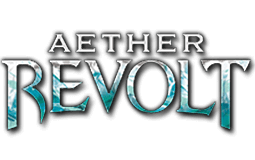 Aether Revolt saw only background noise this week, with the exception of Paradox Engine. This spike has nothing to do with the Grand Prix - it's centered around potential combo in Standard. I've seen a multiple versions, but they all combine Paradox Engine with Powerstone Shard and/or Gilded Lotus. From there, versions differentiate in how they combo, from Squee shenanigans to Jhiora's draw, and often end with Aetherflux Reservoir making the kill. With Dominaria fully spoiling only yesterday, it remains to be seen if any of these builds materialize into a contending deck. The fate of Paradox Engine's price is ultimately reliant on it. 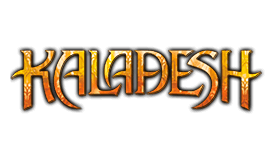 Kaladesh saw almost no uptick in its prices this week. I find the complete lack of real movement surprising, as Chandra had a good showing in the Grand Prix. Many of Kaladesh's other contributions were from rares too inexpensive to grace our tables. Perhaps their new found glory will allow them to join us in the coming weeks. Although the set saw devaluation, the booster box value went up. This is a direct result of Inventions buyouts above. If the prices stick, it will force further price drops on Kaladesh. The estimated value of a box is once again above its cost, and that always means devaluation is coming.

Crazy Masterpiece-buyouts aside, the rest of the Standard sets were actually relatively quiet for coming out of a Grand Prix. Dominara will grace our tables next week, and it's impact will surely hit the other sets quickly thereafter. Make sure you comeback to see how it's full spoil causes waves in the market as the metagame begins its first phase of change.